Anyone that saw my recent shot of Ivan frozen in time on facebook might be interested to see the full set of images captured in less than one second – frozen no longer… The beauty of music photography is that sometimes shooting in bursts to get the shot pays dividends. Not only did i get the ‘freeze frame’ I was after but animating the series of shots – 6 in all – looks quite entertaining when viewed as an animated gif. Oh and hats off to anyome that spots the firework going off on the left. 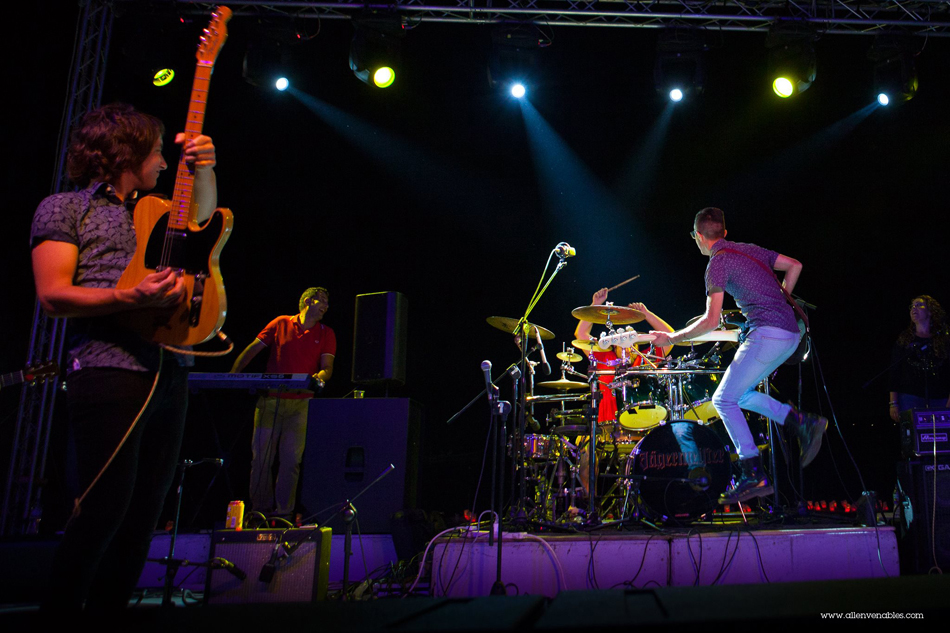 I first tried this when I shot Jessie J at Isle of MTV last year. She was gyrating with her guitarist, I was not trying to shoot an animated sequence, just get the shot you can see on the cover of my website. Afterwards whilst experimenting and trying to get an animated gif to work on Google+ I came across a sequenc of images that I found quite amusing (sick sense of humour). I vowed to try it again. Well I didnt shoot any gigs until recently due to pressure of work. To say I was a bit rusty is an understatement – but I still managed to get a couple of shots I am happy with, and that I beleive is the most important thing. take shots you yourself are proud of, and then, if anyone else appreciates them, that’s an added bonus.

Capturing images in a fraction of a second whilst someone is singing their heart out can sometimes result in not so flattering photos – apologies to Ira Losco for posting these, but it makes a nice sequence. I posted the beautiful pictures on my facebook page already.

Everybody jump, Ira Losco shows how.

And… if you made it this far you probably are feeling rather dizzy by now. Thanks for watching. Till next time.